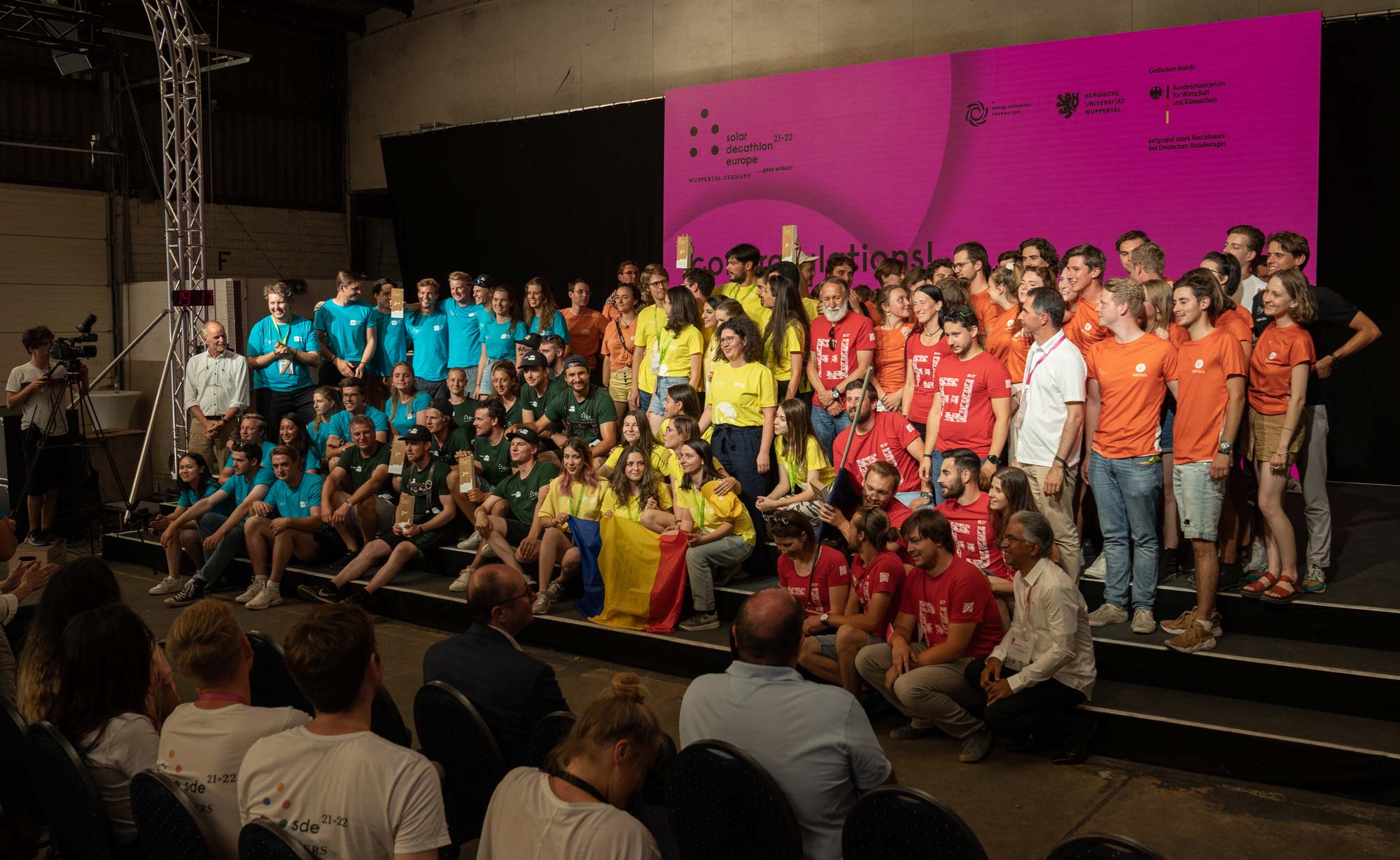 Today three awards were given to the teams of Solar Decathlon Europe 21/22: Energy Performance, House Functioning and Comfort.

The Comfort Award was given to Team EFdeN from Ion Mincu University of Architecture and Urbanism, Romania. Team levelup and Team FIRSTLIFE made place two and three.

Congratulations to all the teams and the winners! Team SUM from Delft is currently leading the field with 608 points. We, team MIMO are sixth with 560 Points. Three Awards to go till the overall winner is awarded.